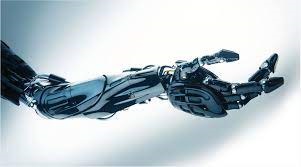 Successful prosthetics can have an enormous effect for those who have suffered life-altering injuries. Thanks to the latest technology, developments continue to shape prosthetic design to deliver further options for highly functioning artificial limbs. Here we look at three examples of how technology is improving prosthetics worldwide and the lives of people who wear them.

Consciously Controlled Limbs
Although still in its infancy, mind-controlled technology enables a person to control movement of the missing limb and even experience the sensation of touch in the prosthetic hand. In a study published in The New England Journal of Medicine last year (2020), Swedish researchers followed seven patients with a mind-controlled prosthetic arm used in their everyday life for up to seven years and proved that the technology worked.

The implant attaches the prosthetic arm to the bone in the stump of the amputated limb to provide mechanical stability. Electrodes are then implanted in the muscles and nerves of the limb, and a connector is embedded in the end of the screw for an electrical interface.

Neuromuscular electrodes within the implant electrically interface with the sensors in the body to create a connection through a control system placed in the prosthesis. Sensory input from the prosthesis is transmitted back to the person as it would from the missing limb. That allows the person to control movement simply through the mind.

While consciously controlled limbs will require an implant via brain surgery, research suggests that the next generation of prosthetic limb movement could be controlled without an invasive brain implant.

Artificial Intelligence
Just as AI and machine learning are now embedded in our everyday lives, they are also key to new systems that allow amputees to move their prosthesis intuitively. One Swedish firm, Integrum, uses AI algorithms, and an example offered by Chicago-based COAPT uses a number of sensors placed on the stump of an amputee’s arm to capture an array of commands coming from the brain. Those commands then activate the prosthetic arm intuitively through sensors and the control panel placed within the prosthetic. The system then stores user data to improve the movements as the user learns to operate the system.

The COAPT system works by determining a pattern of myoelectric signals that corresponds with what the user wants the prosthesis to do. There are different patterns for different movements and the algorithms recognise and decode that pattern in real time. For instance, moving a thumb uses a pattern different from opening a hand, which also is different when closing a hand. The system then tells the prosthesis to move according to the brain’s intentions.

High-end prostheses, however, can prove prohibitive cost-wise at $10,000 /£7000 upwards. The system is also compatible with any robotic arm currently on the market.

3D Printing
While more costly robotic arms incorporate 3D printing in their production, the technology really benefits simpler prosthetics that are more affordable. But even simpler devices are being built with 3D printers for people with little means and those in developing countries. In warring countries, where children are recruited into guerrilla armies or injured by landmines, 3D printing is giving these children the opportunity to gain some independence.

According to the Amputee Coalition, a prosthetic hand can cost thousands of dollars, while a 3D-printed prosthesis can be as little as $50 because 3D-printed materials can reduce the price by up to 90 per cent.

That is extremely important for children, who can be fitted with succeeding prostheses as they grow.

At the upper end of the spectrum, industrial designer William Root has created an innovative titanium prosthetic that allows him to tailor designs to suit an individual’s specific body with sensors to record movement data. And if the original socket is damaged or the user is fitted with another, different prosthesis, a clinician can use the data to replicate the socket and reduce costs.

These advancements in prosthetics are hopefully pointing the way to more intuitive and affordable options for people who need them which will no doubt add huge improvements to quality of life.